The Extra Clear Body Shell Allows You to Use Your Imagination to Design Your Own Customized Body Shell. Love this thing. Performs ok out the box, great for beginners or kids. Put thicker oil in the shocks, get some better wheels and tires, then strap in a 5200mah 2s and....... F*****g awesome! Hardcore bashing for over an hour per charge. Drive shafts are a little weak, even bone stock. Fun lil thing.

F
Francis Van Den Berg
Well overall it's an amazing toy except for a couple issues.

I am mostly content with it but one of the chargers is defective and the tires worn out really quick and I can't seem to find any replacement ones anywhere. Other than that it's a great item

This car is the best in the price range brushless oil filled shocks esc I got 23.6 mph stock and 1800 battery got 30mph best for beginning oh and has lights

This is a great little hobby grade truck, perfect for beginners and plenty of fun and power for more advanced users. It really takes a beating and just keeps going. In high speed it has almost enough power to do a standing backflip, while in low speed it is easy to keep the front wheels on the ground. Top speed is probably around 22 MPH, it's not going to win a race against something that 2 or 3 times more money, but it's hard to beat for the price.

Easy to learn how to control.Good quality

S
Sarai Pfannerstill
I think this is a great product. I did have one issue, but they took care of it in less than 24 hrs

I have bashed it, crashed it, jumped it, played in the mud, ran into all sorts of thing that didn't move and almost drowned it today it floated enough. The puddle was deeper than I thought.... I get great speed, and if you charge the batteries as soon as they die, you can go all day long. I used it with the plastic coating on. Then I took it off and put 3 coats of Rust-Oleum clear coat on it. I Saved it!!! It's fast too!! I would buy a complete spare parts kit, Lock-Tite, check your wheels for tightness each time you get ready to go out, especially the first time. I will get a couple spare higher MAH batteries. I think the young kids would like it a lot! Bezgar makes fun stuff for a variety of tastes. Also, Bezgar support is awesome, I have other products of theirs. HM165, TD282 mini + more!The HM165 Is tougher, stronger, and faster than the 164. The tire hubs are hex, and not pinned (lasts longer and repairable). Mine came with a extra set of paddle wheels for sand and snow. I drive the same way with my 165 as my 164. It's driven daily, and it's a blast. Instead of buying pins to hold the body on, I started using paper clips. They work fine, just cut them about 11/2 inches long, and bend as needed. Any questions, let me know.Bezgar support is awesome. A shout out to Stephanie and Penny!!! You guys are great !!!I had a couple of issues, but it was worth it! But, I'm having a blast, I get out more... I even have a sun tan now!!! I drive 4-5 hrs. a day, and walk trails in my wooded area with the truck Extra batteries of course.I'm a techie,!!!! Beta teeter, reviewer. I've been building computers, consulting, building websites, and repairing computers for 30+ years. I enjoy engines, and was the kid who took his toys apart and put them back together. Thanks BEZGAR!!! 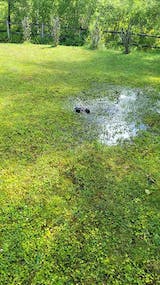 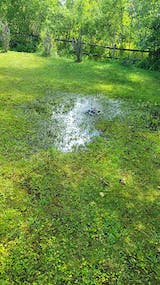 This thing is ridiculously fast for the size and my son has crashed it a lot , ran through dirt and water and still keeps going , have had it for over a month and still as good as the day we got it , gets used almost every day